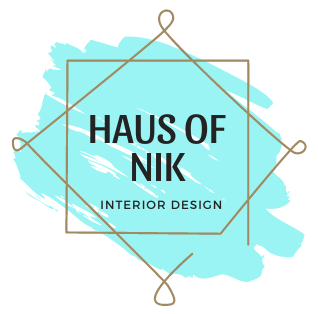 Back in November 2019, I went on my very first international solo trip to Paris. Paris was always a dream travel location for me and I am so grateful to have that experience under my belt.

Keep reading to find out my personal tips for a Paris solo travel trip.

1. Pick out the Paris arrondissement you want to stay in

Paris has 20 different arrondissements (districts).) It starts at the center #1 and goes in a clockwise circle making 20 the outermost arrondissement. The more central the number district, the closer you are to different tourist attractions and tourists. The further away from the center of the city, the further away you are from the main city attractions. It’ll also take longer to commute to some of the main attractions as well.

2. Have an itinerary for your trip.

It doesn’t have to be really strict but I do think that it would be a good idea to have a plan of what you want to do. For a lot of activities in Paris, they require pre booking online. Having a ticket a head of time allows you to skip through security lines quicker, gain quicker access to venues, and to ensure that you don’t miss out on the experiences that you want to see.

3. Hotel vs. Airbnb vs. Hostel

Ultimately I chose to stay in a hotel. But this choice is completely individual. A lot of people like Airbnb’s because an extended stay there can be cheaper than at a hotel and it also have access to food appliances. But I personally was too freaked out by all of the horror stories I’ve heard about Airbnb’s especially in regards to last minute cancellations by the host.

I was going to be in a foreign country where I knew no one. I wanted a secure, safe location where I knew that I would be guaranteed a place to stay.

Hotels have to honor the booking that they have since they are in the hospitality business whereas Airbnb is just individuals. Some people can be trusted but some hosts can be unreliable as well.

If you do stay in an Airbnb, make sure that it’s a legal one. Paris is one of many cities that has begun crackdowns on Airbnb’s.

Hostels are another option if you don’t mind sharing a space with strangers. Hostels can be a great way to meet and explore the city with other people across the world. There are also some hostels that have a private sleeping area but a communal dining area.

My personal criteria for accommodations

Some of my criteria for my accommodations in Paris were the following:

• Does where I want to stay have the length of availability that I need during my time in the city? I was in Paris for 5 days so I had to make sure that my accommodations had the availability for my length of time there.

• Had a bathtub. I knew that I would more than likely end up being sore from walking around in the city. I know that bathtubs aren’t as common abroad as in the States but I was still holding up hope. (And my hotel DID end up having a bathtub. :))

• Is breakfast included? While I probably could’ve saved money by walking to cafes in the morning, I enjoyed having the convenience of having breakfast right at the hotel.

• Is it close to transit? I wanted the option to be able to easily take the metro or the bus to different places locally. My hotel ended up being less than a 5 minute walk to the metro.

• How far away is the hotel from the places I want to visit? I personally don’t like long commutes. So I wanted the hotel that I wanted to stay at to be a short commute (no more than 30 minutes) to the main places that I wanted to go on my trip itinerary.

4. Use Google maps to further research locations, neighborhoods, and distances in Paris

Google Maps is a useful tool to visually see the neighborhood in relation to attractions, restaurants, etc. There are some hotel locations that can be more secluded or located in more urban areas. Using google maps for the hotels that I was interested in along with the main attractions that I wanted to go to helped me to figure out the length of time that transit there would take. I knew that I didn’t want to have a long transit ride to my main activities. I also wanted to make sure that my hotel was close to transit as well.

There is nothing worse than having to walk around all day in uncomfortable shoes. My favorite walking shoes that I own are black reebok. I’ve used these shoes to walk around in Chicago and they also served me well in Paris as well.

Another style of walking shoes I like are black comfort sole Adidas. But you choose what works for you.

Pickpocketing is a big issue in Paris so much that there is signage in public places and announcements on the metro warning about pickpockets. Its important to be aware of your surroundings in order to help guard against being pickpocket. Hiding valuables, paying attention to your purse, etc.

One of the things that I did to help protect against pickpocketing was to have an anti-theft purse. The purse I found on amazon was pretty affordable but it served me well. It had locking zippers so no one could unknowingly unzip your purse and take your belongings.

Another thing I did to help protect against pickpocketing was to wear my purse under my coat.

Need additional tips about solo travel as a woman? Read my article here!

What are your tips for solo traveling in Paris?